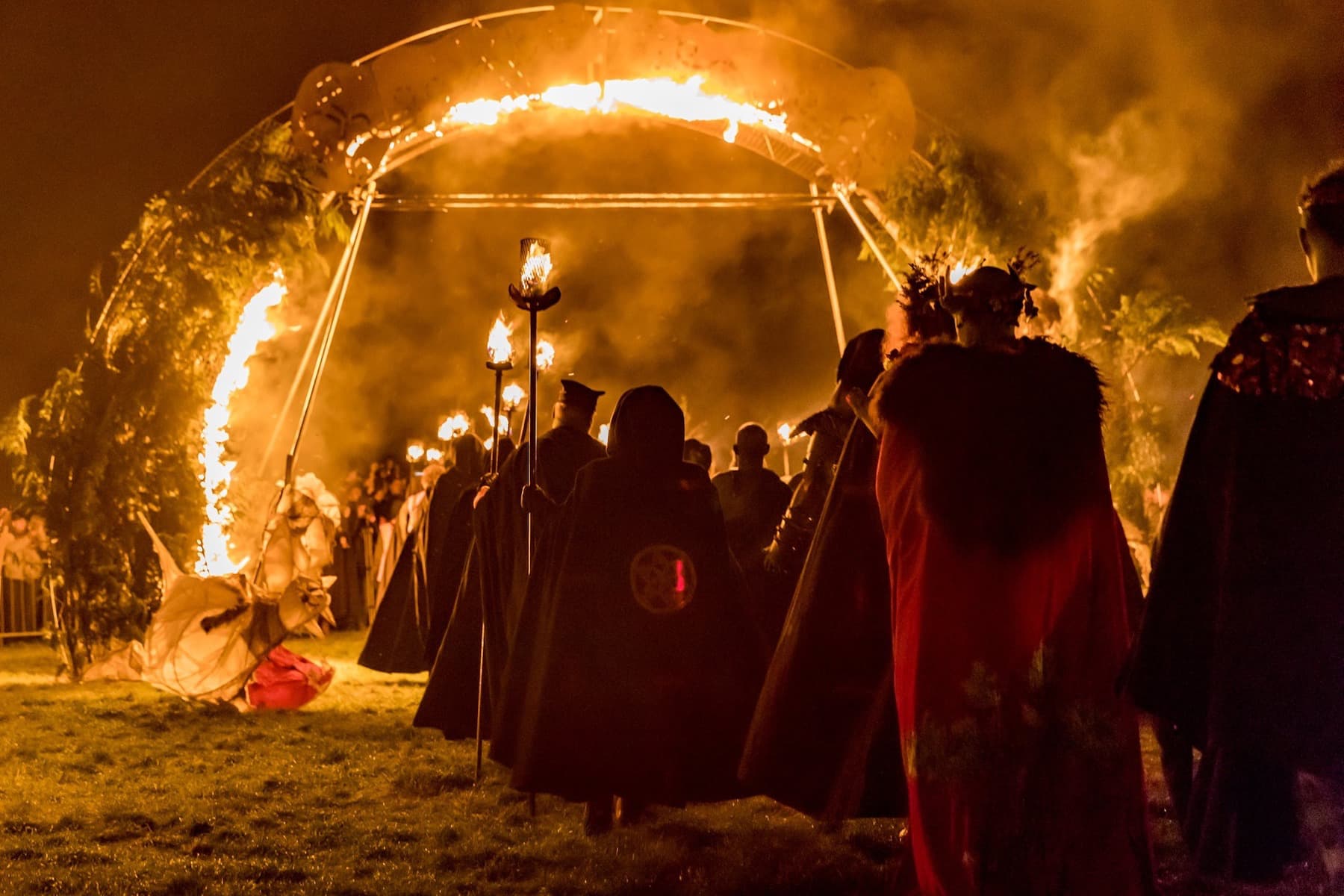 The Best Halloween Events Around the World

It’s officially the run-up to Halloween, and we couldn’t help but explore some of the very best spooktacular Halloween events around the world!

This picturesque pumpkin bonanza is a visual treat to behold. Imagine taking a dusk-time stroll through a forested hillside whilst surrounded by 5,000 carved and decorated pumpkins… all eyes on you! Even better, 100 pumpkins are carved into veritable works of art, each one as unique as the last. This family-friendly fun started back in Oxford, Massachusetts in 1988, before being so popular it spread across to Louisville. Each year brings a new theme so no two shows are the same!

What do you get when you mix pyrotechnics, bespoke costumes, sculptural creations and live music? A magical Macnas parade, that’s what! The streets of Galway fill with 70,000 people surrounded by mesmerising sights, sounds and smells on a night like no other. Macnas conjure up a new world for you to immerse yourself in, with hundreds of performers from the likes of the Macnas Young Ensemble, Youth Ballet West and the Macnas Youth Drummers. And did we tell you about the giant creations – the stars of the show? Gotta see em to believe em… 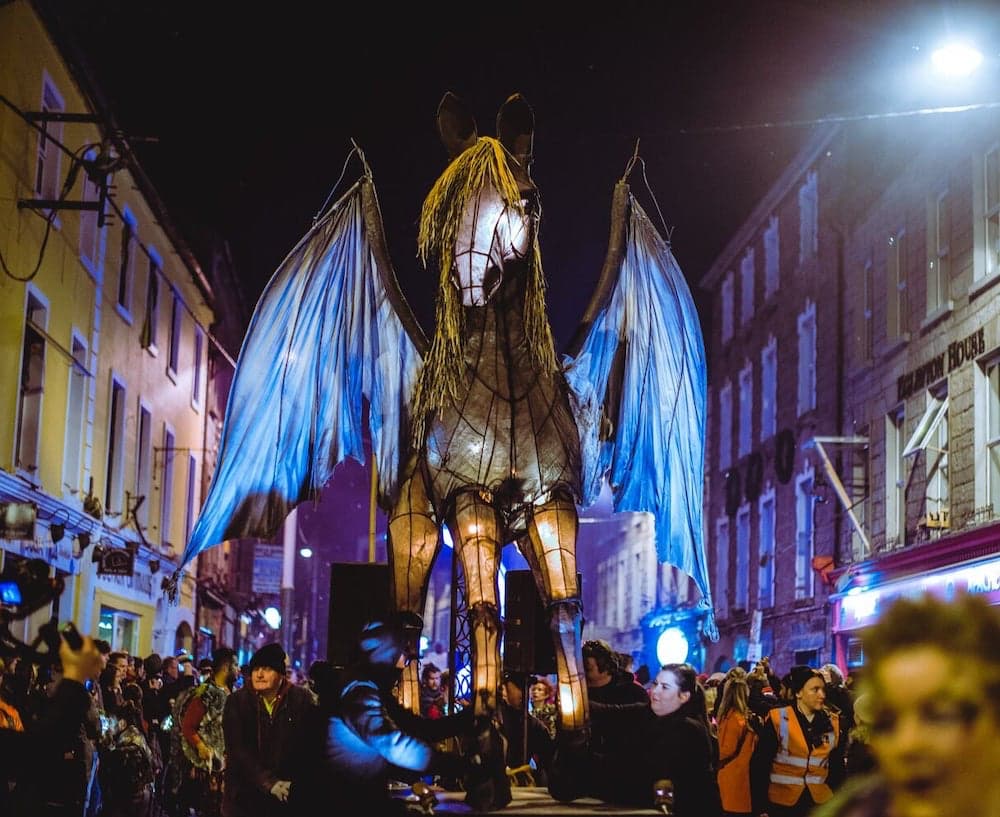 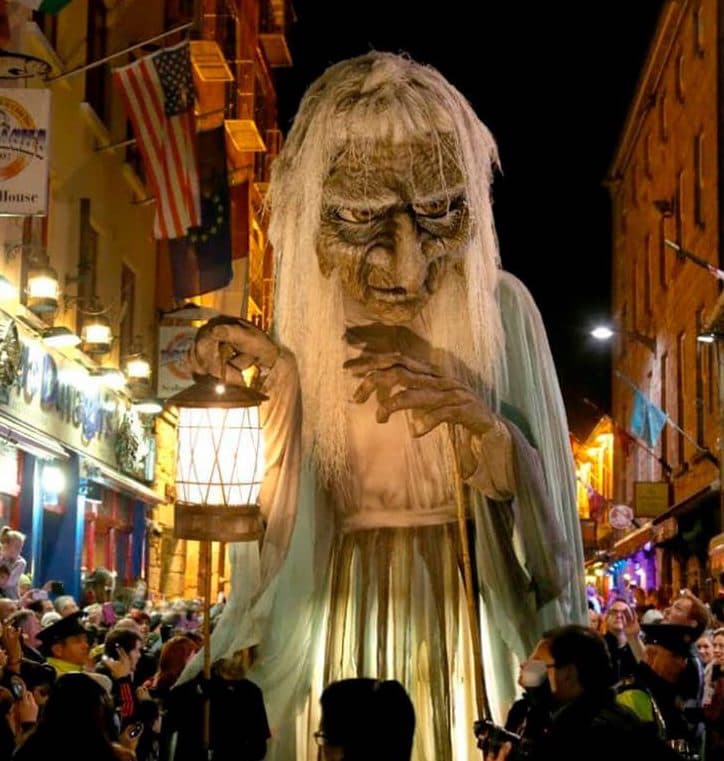 Celebrating Halloween has become increasingly popular in Japan, with events taking place in all major cities. Whilst for many the biggest element of Halloween is dressing up, Universal Studios Japan has brought the spook back to spooktober. This Halloween Horror Night features zombies roaming the streets, horror theatre and the live performance of NO LIMIT! Halloween Festa. For those familiar with the Japanese horror anime GeGeGe no Kitaro, you’ll also encounter terrifying Japanese Yokai…don’t say we didn’t warn you!

Japan’s biggest Halloween parade is held in Kawasaki, near Tokyo, where over 100,000 people gather and line the streets to get immersed in this vivacious spectacle. Parade participants don intricate, colourful costumes hoping to win the grand prize, whilst spectators dress up to enjoy horror movies, face painting and a lively afterparty sure to blow your socks off. This annual event might have been cancelled for 2021, but we’re hoping it’ll make a comeback next year!

Scarefest is renowned as one of the UK’s best Halloween events and has firmly secured a place on our to-do list. The award-winning Scarefest is filled with hair-raising and spooky attractions, sure to give you a frightful night! The Wicker Man and Alton Towers Dungeon are just the beginning, with four terrifying mazes ready to scare you silly. From Darkest Depths to Freak Show: Toxic Junkyard, you’ll be hunted and haunted as you escape the thrilling mazes. Trick o’ Treat Town is more family-friendly, giving gentle spooks suitable for the whole family. 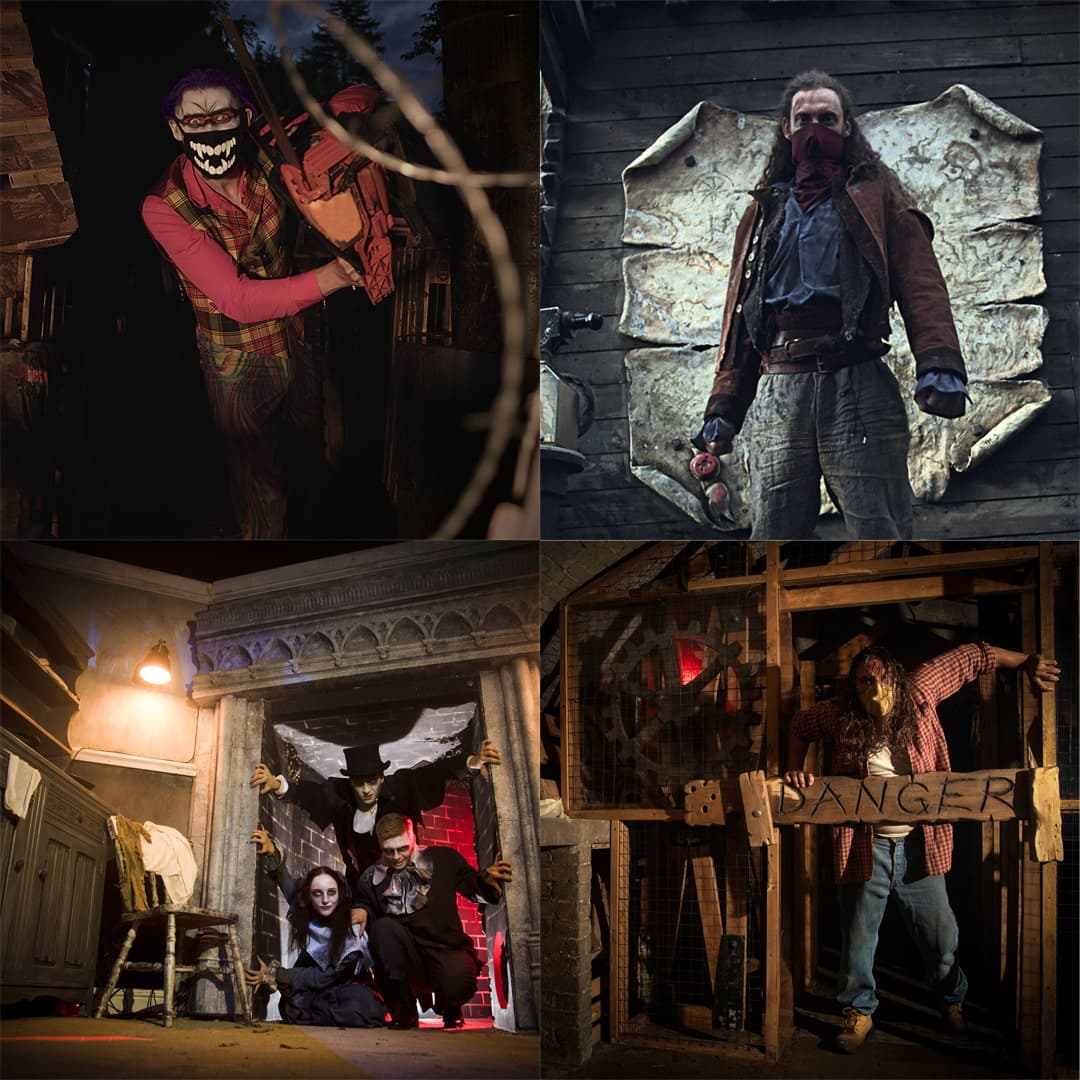 It’s no surprise that Salem is a must-visit destination for Halloween fans. Salem is infamous for the widely-known Salem Witch Trials, where 25 ‘witches’ were executed in the 17th Century. An entire month of scary events lead up to the celebrations of October 31st, many of which tend to be darker than a typical costume contest or pumpkin carving competition. The Haunted Happenings Grand Parade features performances, floats and displays, kicking off the month-long celebrations with a night of colour, music and intricate costumes. For an immersive twist, it can’t get more intense than The Salem Witches’ Halloween Ball. The night is filled with rituals, live music from the Dragon Ritual Drummers, and costumes galore. You’ll join the Witches of Salem to honour the dead and celebrate all things magical. Many make the journey from around the globe to attend, and whilst this year might be slightly different than usual, it’s still sure to be an impactful evening.

Transylvania is synonymous with howling wolves and bloodthirsty vampires, most notably Dracula himself. Whilst you can’t exactly have a meet-and-greet with Dracula, you can visit Bran Castle – widely renowned as Dracula’s Castle. Decorated for the ultimate Halloween party, Bran Castle is filled with some of the world’s top vampire fans donning realistic costumes ready to party all night long. The legendary Transylvanian fortress dates back to 1377, making it the perfect backdrop for a traditional Transylvanian festive dinner. Whilst visiting Bran Castle, take some time to explore the Carpathian Mountains. 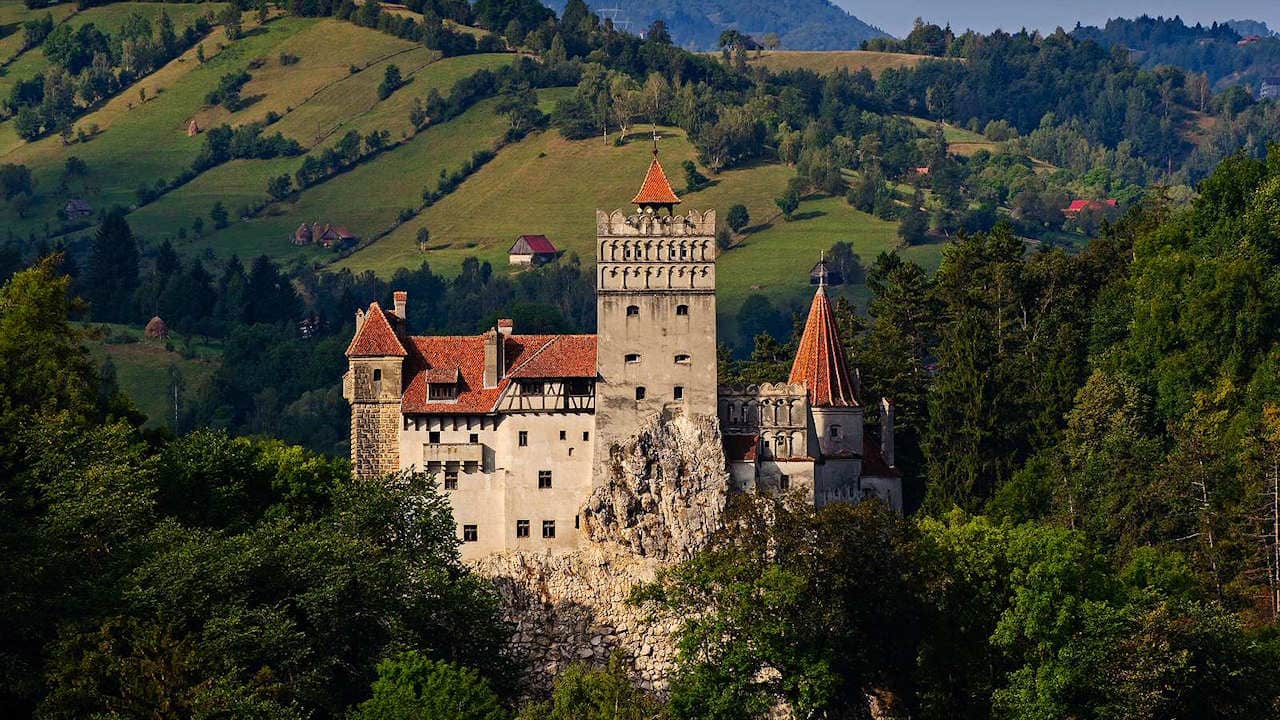 October gets positively spooky in Glasgow, as Spooktacular comes to town! This fiendish fairground is filled to the brim with thrills and chills a-plenty. With nineteen different rides, there’s something for everyone from the terrifyingly towering roller coaster down to the family-friendly funhouse. And of course no fairground is complete without the smell of candyfloss and churros wafting through the air…

The Samhuinn Fire Festival is a visual spectacle to behold, marking the annual transition from Summer to Winter since 1995. There’s immersive performances, intense drumming and of course a LOT of fire! It’s a self-declared investigative outdoor theatre, where spectators can immerse themselves in the night’s colourful and wild atmosphere. There’s also the option to affiliate yourself with Winter, Summer, the Cailleach, or all three during the festival processions, each giving you a different view of the night’s events. Due to the nature of the festival, each year’s events offer a different experience meaning it’s worth going back time and time again. 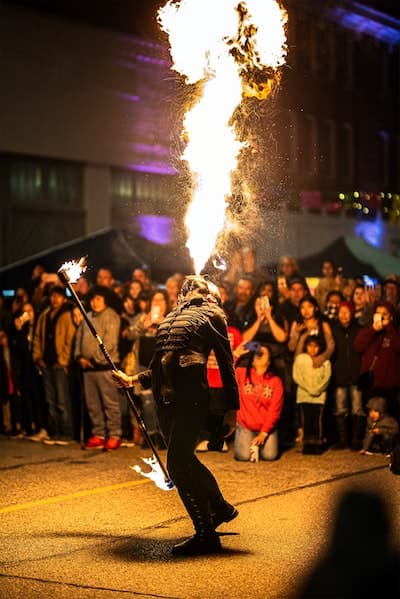 We’ve all seen photos of the stunning NYC Village Halloween Parade, with elaborate costumes galore! This annual event is like one big street party, with there only being one rule: costumes. are. mandatory. Where else could you see a zombie-Jedi battling a robot-monster?! The annual parade has a theme each year, with 2021’s being “Let’s Play”! to honour the children of NYC. 50,000 celebrates participate in the parade, making it an unmissable event come October 31st. 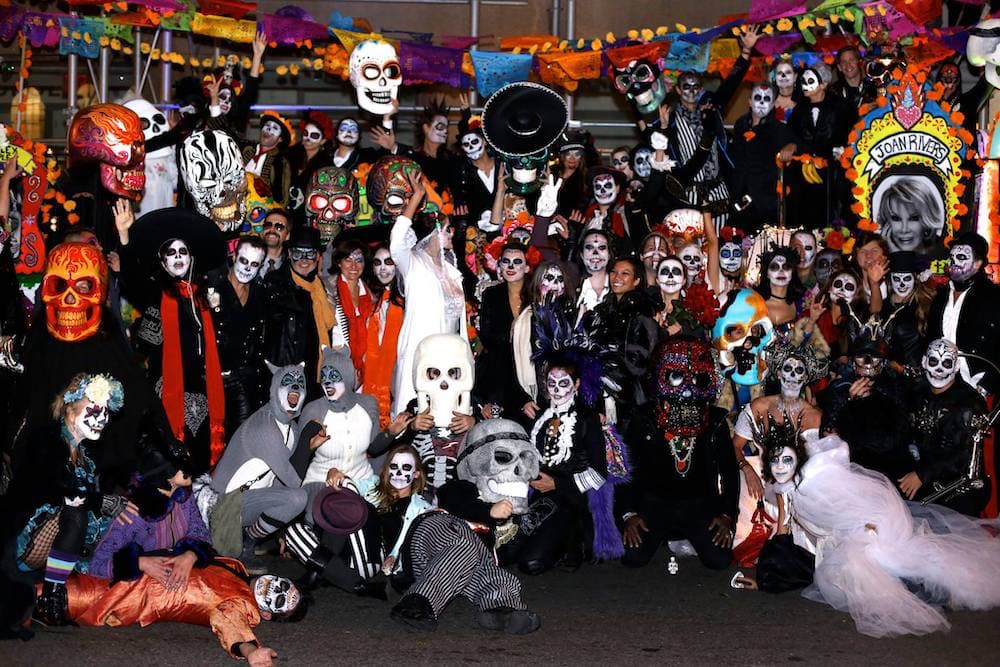 The Eastern State Penitentiary is one of the world’s most infamous prisons, but today stands in ruin. Once ‘home’ to the likes of “Scarface” Al Capone and “Slick Willie” Sutton, the towering landmark is transformed come October into a Halloween horror. The Cellblocks hold 15 attractions to unnerve even the bravest visitors. You’ll work your way through four haunted houses, an immersive walk-through experience, and three live interactive performances before escaping to the themed bars and lounges that do their best to calm your frights. This isn’t one for the faint of heart, you’ve been warned… 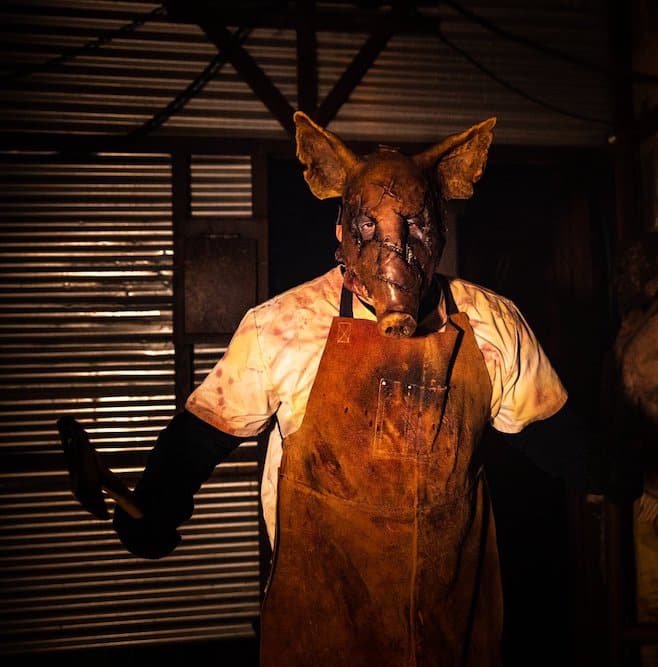 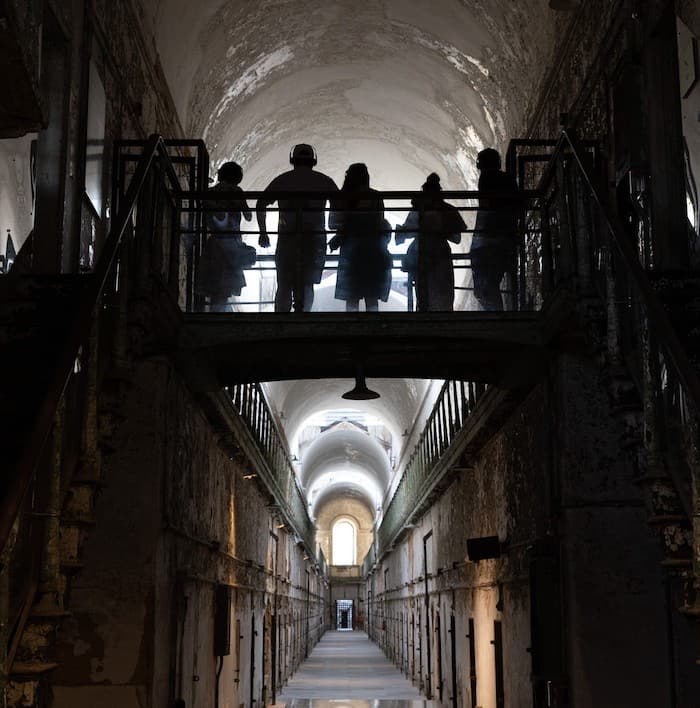 Did we miss out your fave Halloween event? Let us know your top ghoulish gathering for next year…

Did you know that you can win a £25k lastminute.com gift card or a £500 LuckyTrip gift card in our Weekly Draws? You could use it to travel the world and see these global events!